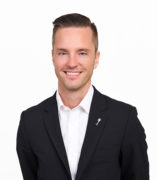 The goal of my research is to investigate pharmacological treatments of sleep-related breathing disorders (e.g. obstructive sleep apnea [OSA]). I am a neuroscientist studying respiratory modulation during sleep.

Combined with the human trials showing a decrease in OSA severity with dronabinol administration, and the results from my investigations of the a rat model of apnea, dronabinol has the potential of being the first drug approved for OSA treatment. However, cannabimimetic modulation of respiration needs clarification. It is my goal to investigate the cannabinoid dependent and independent receptor-mediated mechanisms of the peripheral and central nervous systems that augment state-dependent respiratory control. Moreover, I will study other pharmacological agents that can be used alone or in combination with cannabinoids to reduce apnea propensity.

I will study the neurophysiological, neurobiological, and neuropharmacological mechanisms of the respiratory circuitries (both peripherally and centrally) implicated in sleep-related breathing disorders.

Moreover, I am currently investigating the effect of meal timing and exercise on an prediabetic rat model. Currently it is unknown if preprandial or postprandial exercise is better at glucoregulation, since literature in humans and animals have showed mixed results.